skip to main | skip to sidebar

Don't be a douche, CPAC!

I could have chosen any one of the blazing douchebags who participate at the Conservative Political Action Conference (hence the communal title), but I'm choosing this one. Because he said some of the most ridiculous things, because he's got such potential to gain so much power in the near future, and because he's just a really smug little bastard.

It's Marco Rubio! He's a republican candidate for the United States Senate, and he gave the keynote speech at that wacky circle-jerk of a conference. He's a Catholic, a lawyer, and "the future of the GOP", according to many talking heads from that side of the fence. Furthermore, his keynote was a doozy: opening with (SHOCKER) an Obama/teleprompter joke I won't quote and some weather talk, here are some of my favorite parts:

"I am privileged to be a citizen of the single greatest society in all of human history. There's never been a nation like the United States, ever."

"our rights come from God, not from our government" (I love it when politicians say this, negating their entire careers)

"when was the last time that you heard news accounts about a boatload of American refugees arriving on the shores of another country?"

"the U.S. Senate already has one Arlen Specter too many."

"Americans do want leaders that will come to Washington, D.C. and work together to get things done" (What? Nobody told you GOP runs on cooperation now?)

"...no greater risk to this country than the risk posed by radical Islamic terrorists" (not even this one?)

"we will punish their allies, like Iran" (this one got cheers, to the point he had to ask them to stop. I don't have a quip, that's fucking terrifying)

Like I said at the beginning, most of this stuff was pretty unanimous at that show. It's Rubio with the big long keynote, Rubio who overreached and said some extra-dumb shit, and Rubio for douchebag of the day, though. 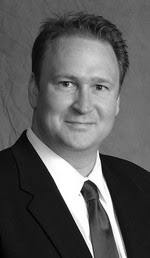 This rather harmless looking daily douche is Mark Madsen. He was elected to the Utah senate for who knows what ridiculous reasons, and he's here on my blog because he's pushing a new law making Martin Luther King day also John Moses Brown day.

I'm just going to address my opinion on this move first, and then move on to a demonstration of its absurdity. This appears to me to be built on a dual foundation. Primarily, a thinly veiled sentiment against black people, in the sense that by associating MLK day with rifles in the minds of citizens of Utah, he's making sure everyone knows what happens to uppity members of minorities. Secondarily, he's engaging in the age old practice of promoting and expanding the notoriety of one's own religion. Madsen and Browning are/were both mormons, and our friend here has expressed pride in that. Obviously one of these is abhorrent and the other merely unethical from his position, but aside from that, neither of them are good enough reasons to institute a state holiday.

JMB:
- A brilliant and very successful firearm designer and manufacturer
- invented the gas-operated machine gun
- engaged in polygamy (surprisingly only 2 wives, considering his status)
- outspoken racist
- died of heart failure in his son's office, at 71

UPDATE: Madsen's got his tail between his legs on this one in less than 48 hours. Apparently lots of people are pissed, but he can't tell why, as he's both still convinced on the dates appropriateness, AND never cared what day JMB was honored on. Fun times.
Posted by Tyler Shepherd at 12:52:00 AM No comments:

Don't be a Douche, Henry Aubin!

So I was reading some news tonight, as is my custom. I stumbled across a link to a Montreal Gazette opinion piece entitled "If Arrogant Nationalism was a Sport, Canada Would Win Gold". I don't want to reproduce the whole thing here and pick it apart, because it's really not worth the space, but just so you get the idea I'll give you the opening line, which he thought important enough to reside in it's own exclusive paragraph:


"The Olympics are supposed to be uplifting. So far, the Vancouver Olympics have been anything but."

Awesome. That's not overly general, exaggerated or inflammatory at all, is it? He goes on to accuse Canada of overspending on Olympic excellence (even this year we are underspending our competition per capita, something we're famous for), quote Coubertin (and your mom) in his "not if you win or lose, but that you play the game" speech, bash our hockey ladies for picking up 18 points against Slovakia (who happened to beat neighbor Bulgaria 82-0 in a pre-olympic exhibition.. and what about the huge ovation we gave the Slovak squad? This is not peewee hockey, people, and even those kids know to do their best every minute on the ice), and all but accuse us of cheating for not allowing US atheletes on unfinished courses and tracks in September.

Don't get me wrong. I'm all for some healthy criticism, especially when it is directed at a nation, and especially when that nation is the one I must live my life in. I know blind patriotism is toxic, I live right next to the longest shared border in the world, with the country that would really win the "gold" for that. This ridiculous piece of trash is neither healthy nor criticism. It's a bunch of incoherent babble from someone with clearly personal or political motives, but without the balls to state them. The kind of article one might suspect would have popped up no matter how hard everyone worked to make these games turn out right.

Why all the vindictive bullshit, Mr.Aubin? Am I to believe you're just really stupid, and actually believe any of this crap is founded in reason? I won't. Isn't the international press doing a good enough job being unfairly critical of us? Don't you have any of that "undying Olympic spirit" you keep accusing us of lacking for wanting medals? Get a life, man.
Posted by Tyler Shepherd at 12:20:00 AM No comments:

Ok, so I haven't been writing here in a while.. but it's been for a good reason! I wrote for a while, and even though nobody was reading, I was still embarrassed at the blogs lack of rhyme or reason, focus, regularity, and pointedness.

The website's name is "Don't be a Douche". As was roughly the original idea, from now until as long as I can manage, I'm going to be calling out one person per day. One person who, over the last week or so, has earned the title, if even just temporarily, of douchebag. More importantly, one person who has earned my advice, which shall interminably be to NOT BE that douchebag. Kapiche?

Thanks, and also please expect a visual redesign, which I would love some ideas for :)

Tyler Shepherd
Vancouver, BC, Canada
I'm a child of the mid eighties, from Canada's West Coast, and like everyone and their dogs these days, I've got opinions!